What does it take to change a mind?

This is not just a question about individuals, but also our “collective mind” as a society.

Last weekend, Healthy World Sedona (in Sedona, Arizona) held a conference that looked at this question through the eyes of world-class speakers on plant-based living. Speakers included Dr. Michael Greger of “How Not to Die” and more recently “How Not to Diet” fame, as well as keynote speaker Doug Lisle (“The Pleasure Trap”), and our favorite animal rights podcaster/author Colleen Patrick-Goudreau who just released “The Joyful Vegan”.

There was also a session with Kip Anderson, who co-directed “Cowspiracy” and “What the Health?”. Last year I was bummed out by Nil Zacharias of “One Green Planet” and his somewhat (realistically) dire presentation about the state of the environment. It was great to hear Anderson present a bit more optimistic view of the situation.

Last year, Zacharias focussed on the perhaps 10 years (now nine, I should add) that we have to turn things around – in terms of managing climate change and other impacts on the earth’s ecosystems. One of these turnarounds is a drastic reduction in animal agriculture. Zacharias indicated that while there is still time, the trends were not going in the right direction.

Anderson was much more optimistic about the social changes unfolding – particularly in the area of plant-based living. He cited research that showed just 10% “believers” could spread their ideas and transform society.

In Anderson’s view, the fact that about half of Americans believe that slaughterhouses should be banned and about a third feel that animal agriculture should be ended means we are already past the “tipping point”.

Well, the study actually uses the words “committed believer”. I would say that that means overcoming a whole lot of inertia in order to act on these noble beliefs. This includes issues like cost, convenience, taste and maybe most of all, culture.

In other words it is not quite so simple as Anderson may have liked. However I can give him more reason to hang in there and hope for change! In one of my first pieces I described some other research / modelling in a similar vein. The upshot was, if the “believers” are truly stubborn, it only takes about 3% to 5% “believers” to change the whole system, far less than 10%. Vegans represent close to 3% of the population of the US so… maybe?

In the Q&A for Colleen Patrick-Goudreau’s presentation, she was asked what she thought of the “Liberation Pledge”. Before then I had not heard of it. But to paraphrase, you pledge to:

Patrick-Goudreau responded that she did not think that the pledge was going to be effective. It will simply lead to lots of situations where folks do not feel respected.  There will be resistance and bad feelings, not constructive dialogue.

And as my wife Valerie suggests the pledge might backfire, as your friends, families and colleagues “double down” on their commitment to maintaining the status quo. “What’s she so mad about? Well, I guess there’s more ham for the rest of us!”

So what to do? Things are getting pretty dire, if we are to believe the latest projections. Less than a decade to make a major shift in carbon emissions if we are to keep projected climate change in a manageable zone. That is not a lot of runway.

The quickest way to make a difference in carbon emissions is not recycling or buying a Prius. As indicated above, the quickest way is putting plants on your plate, and putting animal agriculture into the past. Over eighty percent of the farmland in the world is used to produce feed for animals. Those animals provide just 18% of our calories. If we shift away from animal agriculture, we can restore VAST areas of forest, which provide a whole host of ecological services, including absorbing carbon, cycling water and protecting soil. There would also be much more room for animals who are not humans or livestock (86% of land-based organisms are livestock or humans).

Modelling and respectful dialogue may be the ideal. But if that doesn’t work, what do we have to lose in a more aggressive approach? The stakes for all life on the planet are pretty high.

Each of us will vary in our convictions and tolerance for the discomfort of seeing Grandma crying into her famous turkey gravy (the secret is the giblets). Well, I haven’t yet made my Grandma cry. Not about food, anyways. I have felt respected in the food set out for me, even if real turkey or ham was on everyone else’s plates. I don’t know if I could take the next step!

Maybe I will be a wussy “free rider” on a bunch of other awkward family situations wrought by the vegan “pledgers”. When the stubborn 3% or the 10% committed believers finally get their way, I can just tell Grandma: “Sorry, all the grocery store had was Tofurky”.

For the vegans out there whose families have not come around, take heart in the fact that you are not alone. Greta Thunberg, the famously stubborn and committed environmental activist, is a vegan. So is her father, but her mother is not – yet…

4 thoughts on “Changing Minds in a Changing Climate” 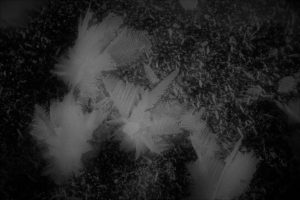